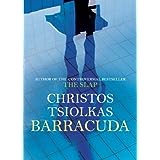 I received an advance reading copy of this book from LoveReading.co.uk for review purposes.

This is the story of Daniel Kelly.  His dreams of winning Gold, in swimming at the 2000 Sydney Olympics, for Australia have just been dashed and his public meltdown after the race has knock-on effects far beyond anyone's imagination.

The novel is an exploration of the life of a gifted child.  The pressures of early morning training, high expectations from both adults and peers and lack of a normal childhood.

Daniel is the son of a Greek Mother and Irish/Scottish Father.  His mixed race status seems to be a huge cross to bear and when he wins a scholarship to a posh private school, he feels that he has to prove himself even more than the other swimmers on the team.

" If he was nicked, he would bleed. And if he bled, a scab would form, and he would feel it in the water, he would sense it as he was swimming.  It would be just a small sensation, just a niggle.  But it could be enormous.  Like a fly landing on his naked shoulder over summer, when it became all he could think of.  All you could think of was that small, trivial thing, but before you knew it, it would be the scab he was thinking of in the water the next day, the feel of it as the water rushed past it, an itch that would want to be scratched, that would make him pause, for a third of a third of a third of a second.  But that was all it took, the Coach said it all the time, for that third of a third of a third of a second to make you lose concentration and then you would slip back, fumble a stroke, and then you would find yourself a quarter of a body length then half a body length then a body length behind.  He couldn't be nicked, he couldn't dare be nicked. "

The relationship with his coach is a very important part of his life and like most teenagers, he does not realise how important until it is too late.
Chronic bullying and lack of understanding from his Father causes Daniel's temper to gain momentum and by the time he is trying out for the Australian Swimming Team, he is losing his focus.
With his life's sudden change,  he quickly spirals out of control and becomes a victim of circumstance.  Drink, prison, sexual degradation and extreme loneliness and self loathing become his new routine.

The writing in this novel is just simply amazing.  Not for the faint hearted, the story can be dark and twisted but the prose and depth of characters far outweigh the bad language and dark sexual references.  A long book, over 500 pages, but I could not wait to get back to it each time I placed it down.   Christos Tsiolkas is way ahead of any other modern fiction writer when it comes to tackling the gritty thoughts of our current generation.
While his characters can be very obviously disturbing,  their underlying personalities shine through on occasion and the reader can sense that there is more to them than meets the eye.  This author likes to shock, and in this book he certainly does!  However,  I highly recommend this novel for anyone who enjoys intense writing with an almost poetic feel.  The main character, Daniel, has lingered with me long after I turned the final page.

This title will be published by Atlantic Books and is available from 2 Jan 2014 and can be purchased via LoveReading.co.uk and other bookshops from this date.