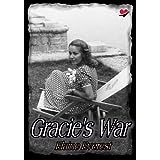 This novel starts as England declares war on Germany.  Grace and her friend, Peggy, are young girls looking forward to the Church Social and their biggest worries are what to wear, or who to dance with.  All this changes when Grace makes a mistake with Joe, Peggy's cousin, who is off to war.  This one night, and her lapse of judgment, will change to course of her life forever.

The novel moves along through the war years and follows Gracie on her journey through some difficult times for both herself and her family.  Throughout the story, her friend Peggy is the real star.  She stands by her friend 100% from day one and never lets her down.  Without Peggy, Grace could have had a very different life and the outcome may have produced a very alternative ending.
Elaine's writing is old style, moving through the years quite rapidly, there are no filler chapters and it is reminiscent of Catherine Cookson and Danielle Steele. An good, old fashioned war time tale, I'm sure we will hear lots more from this author.
"Gracie's War" is published by Pulse and is available now 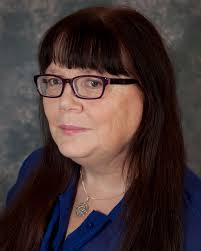 Elaine Everest is a freelance writer and lives in Swanley, Kent with her husband Michael and Polish Lowland Sheepdog, Henry. She has written over sixty short stories for women’s magazines worldwide. Her features have appeared in publications ranging from The Guardian, The Daily Express and the Daily Mail to My Weekly and Your Dog. Her opinion pieces have led to many appearances on radio including chatting to Jenni Murray on Woman’s Hour about having a husband under her feet all day long. Elaine has written numerous columns for canine publications centred around her expertise in the world of dogs. This has led to commissions to write three successful books for dog owners.
Elaine’s successful writing life led her to become a qualified teacher for adult education. Four years ago she founded The Write Place creative writing school and holds regular classes at The Mick Jagger Centre in Dartford Kent.
Elaine was BBC Radio Short Story Writer of the Year in 2003, short listed for The Harry Bowling Prize in 2012, Short listed for The Festival of Romance novel competition in 2012 and winner of the Myrmidon Books (Pulse Romance) Write for Us competition in 2013.
Gracie’s War is her first published novel and is set in North West Kent where she grew up. A member of the Romantic Novelist Association, Elaine is a graduate of the RNA New Writers Scheme. Gracie’s War is short listed for their Joan Hessayon Award in 2014.