" The Legend of Frog " by Guy Bass - Blog Tour with Children's Q&A session with Frog !! 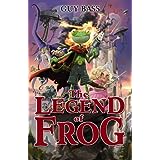 Thanks to Antonia for including Bleach House Library on Guy's Blog Tour......
Read Collon National School's questions to the ever-so charming Frog, along with his amusing answers,  underneath the book details.

‘I must brave the scorched earth and the blackened skies and the catastrophe – to see what the End of the World is like. But fear not, I shall return!
And I’ll bring you back something nice.’


FEB 2014 sees the epic publication of a hilarious tale of a frog, a princess and an all-out alien invasion…

When a frog-like prince armed with nothing more than a pair of Catastrophe Pants and his trusty stick, Basil Rathbone, ventures beyond the End of the World to claim his throne, he finds a plucky princess is already wearing his crown and discovers that the world isn’t quite as ended as he thought. A royal rivalry ensues, but when Frog discovers he is in fact a prince of an alien army, he realizes that he is not destined to rule…  but to destroy. Can he and the princess put aside their differences long enough to save the kingdom – and the world?
The first title in this action-packed adventure series for ages 8 years and over, The Legend of Frog by Guy Bass will have you on the edge of your seat. With explosive cover art by award-winning illustrator Jonny Duddle (The Pirates Next Door, The Pirate Cruncher), this book is a unique mash-up of fairy tale, fantasy and science fiction with a hearty helping of humour. 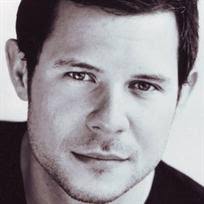 Guy Bass is an award-winning author whose children’s books include Secret Santa and the highly acclaimed Stitch Head series. In 2010, Dinkin Dings and the Frightening Things won a CBBC Blue Peter Book Award in the ‘Most Fun Story with Pictures’ category. He has written plays for both adults and children, been a theatre producer and illustrator. Guy lives in London with his wife. 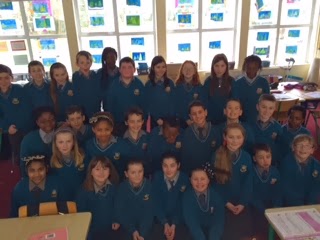 Thanks to Mr. Garvey's 4th class for reading The Legend of Frog and coming up with some great questions for Frog himself :

Asking Frog (His Royal Majesty, Lord of all Kingdoms, Rightful Ruler of the World)
A few questions...

1. Why do you not have a proper name?

It is a proper-- Look, Frog the best, most princely name ever by a million. No other name would come close to describing my excellent royal greenness. Except maybe "Blammo B. Blastington."

I'm a whole year old - and I've got the mighty jumping legs to prove it. I'm also full on mighty and I can turn invisible like a magic ninja and I'm quite handsome.

4. How did you feel when you were in the storm on your way to The End Of The World?

You know when have a nice hot bath at the end of a hard day counting clouds? It was nothing like that.

It's not easy to combine extra-stylish comfort with apocalypse-busting usability. It feels like wearing a friend... but a proper skilled-up epic friend who happens to be made out of 100% pant.

6. Why did you leave Buttercup behind?

My best friend Buttercup raised me from an egg. She taught me rights from wrongs and made sure I was the best prince I could be, even though I couldn't be a prince because the World had Ended. I have a funny feeling Buttercup didn't want me to go to the End of the World. My first clue was when she said "DON'T EVER GO TO THE END OF THE WORLD!" … So I went without her.

7. Why did you name your stick Basil Rathbone?

What else would you call the most unbreakable and first rate sword in the whole world? And what do you mean, "stick"?

8. Where did you get Basil Rathbone?

My unbreakable sword was forged by the most skilled-up sword-maker that there's ever been in the whole world. I'm not too sure how it survived the End of the World, or ended up washing up on the shore of the Island at the Edge of the End of the World... but I'm glad it did. Now let's have no more talk about sticks.

9. How did you feel when Basil Rathbone broke?

I felt like ... like maybe it wasn't an unbreakable sword at all and had just been a stick all along. I see where you're going with this…

10. If you were any other animal in the story, what animal would you be?

The Rarewolf! The Rarewolf is as tall as horses. Yes, he spends too much time grumping about prophecies and doom but he can make it thunder and lighting, which is full-on impressive. If I was a Rarewolf I'd spend the whole time doing lighting-based tricks at birthday parties and such.

11. Did you have any friends apart from Buttercup in the island?

Nope ... except for my loyal subjects, of course. There's the Pebble People, Sir Painted Face on a Rock, Lord Limpington the One Legged Teddy, Duchess Drawing of a Duchess...

12. If you were related to Princess rainbow, would you like her as a sister?

No way! Princess Brain-Slow isn't sister material. Plus, she locked me in a cage and tried to make me her pet and so I owe her a proper stern glare. I'm going to glare at her prince-style ... then she'll be sorry.

13. Are you able to fit into Oldasdust's hat?

I wouldn't climb into that stinky old wizard's hat for all the polished sandwiches in Kingdomland.

Well, Basil Rathbone is one 100% irreplaceable. But if I had to, I'd have a special bow that shot arrows made of pure incredibleness, called Tyrone Power.