St. Patrick's Day Giveaway - Hardback copy of John Boyne's "Stay Where You Are And Then Leave" + Irish Goodies 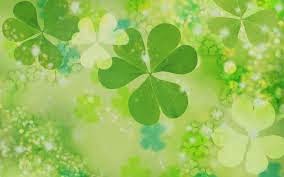 It's St. Patrick's Day Weekend and as I am just 3 followers away from 1000 on Twitter @MargaretBMadden, I felt the need for a fab Irish Giveaway!

I have a hardback edition of Irish Author, John Boyne's amazing novel, for children & adults alike, "Stay Where You Are And Then Leave" along with some Irish Goodies to giveaway.    Just enter via the rafflecopter code below, and Luck Of The Irish to you  :)

The Giveaway is open til Midnight GMT on 17th March and is open INT. 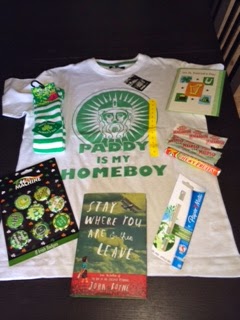 The Giveaway includes not only the book, but a t-shirt, pen, wellie socks, badges and Irish sweets!


The day the First World War broke out, Alfie Summerfield's father promised he wouldn't go away to fight - but he broke that promise the following day. Four years later, Alfie doesn't know where his father might be, other than that he's away on a special, secret mission.
Then, while shining shoes at King's Cross Station, Alfie unexpectedly sees his father's name - on a sheaf of papers belonging to a military doctor. Bewildered and confused, Alfie realises his father is in a hospital close by - a hospital treating soldiers with an unusual condition. Alfie is determined to rescue his father from this strange, unnerving place . . .

a Rafflecopter giveaway
Posted by bleachhouselibrary at 14:44