Wonderful news for author Jill Knapp, who has been snapped up by Harper Impulse !! 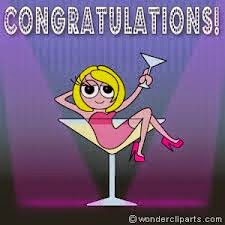 I posted a review of Jill Knapp's novel "Chase" here on BleachHouseLibrary yesterday and I am delighted to share the news that Jill has been snapped up by Harper Impulse!! 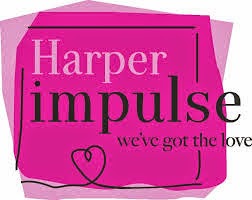 I am beyond delighted for her, as she has worked so hard on her "Chase" series and now has the full support of a well established, and well respected publishing house.  Read her story via the link below and then scroll down further for my review of "Chase". 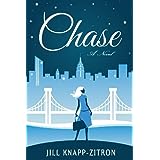 I was sent a copy of this book by the author in return for an honest review......

Amalia Hastings has it all. She is living the dream in Manhattan with a perfect boyfriend, great apartment, good friends and she's doing well in Grad School.  Things couldn't be better. Or could they?  Her Graduate school friend, Michael, is causing some feelings within her that throws doubt into the mix.  All this, and she's only 23 years old.  She begins to wonder what direction she should take, and with her best friend Cassandra by her side , she points herself toward the unknown....

Jill Knapp has written a modern day look at life in Manhattan,  with a touch of the Sex and the City about it.  It looks at relationships between friends, as well as lovers, and also examines the effect Manhattan can have on some people.  The skyline is high, the city never sleeps and there is such a diverse mix of residents.  Amalia has not moved far, having grown up on Staten Island but she rarely returns to her hometown.  Money does not seem to be an issue, which is not really explained (other than saying her parents help her out a little ) and she has a fantastic social life.  Her friend, Cassandra, sounds like an ideal friend.  Honest, generous and available.  She also has Amalia's back, which is what a true friend is for.  The mutual attraction between Amalia and Michael oozes from the pages of the book and you can almost feel the tension at times.  This is similar to a Mr. Big story-line and one minute you think they should be together, while the next you are wishing Amalia would get a grip!
I understand this is part one of a series, so I am really looking forward to the next installment.  I hope we hear more from Amalia's parents as they seem quirky and unusual.  Cassandra was another character I hope to hear more from. A feisty girl with a heart of gold.

This is up to date chick-lit. Sharp, sassy and fun.  A few unanswered questions, but that's what makes you want to read the rest of the series.  No release date for the next installment yet, but will keep you posted!

Jill Knapp has written an exclusive journal entry from Amalia for BleachHouseLibrary!!!

This morning I saw Michael in Washington Square Park. I didn’t mean to meet up with him, I actually kind of forgot he was going to be there. But as soon as I sat down to enjoy a rare quiet moment in this ever restless city, he emerged like an unwanted sunrise. Warm and beautiful, but you were in no state of mind to appreciate it. We spoke briefly about, well mainly about how we spent all summer not speaking. There’s a new girl at school, Angela. He mentioned he had a few dates with her over the summer. I wasn’t sure how to take it. I didn’t expect him to pine over me all summer long, but the fact that he had moved on so quickly did prove my point for me. That his feelings were on fleeting, and he was in no position to date me exclusively.
I also saw Hayden the other day. He is so opposite of anyone I know here. So full of life and energy. Maybe he’s figured it out and isn’t constantly angsting over his every move like most New Yorkers are. Maybe he just hasn’t been here long enough. Either way, I’d like to spend more time with him. Who knows what could happen?
Cassandra is still being cold and aloof. I can’t tell if she’s upset with me, or just completely tied up with work. I’ll try to make plans with her soon and talk to her about it. Apparently she has a new guy in her life, Brandon. Someone I know nothing about. It’s so strange, I usually can tell you everything about the guy in her life, down to his show size. She seems so different lately. So detached from everything. Withdrawn.
Olivia has been a great friend lately. I’ve been staying with her until I find a new apartment to move into. She also told me about a work-study opportunity at school where I can make some extra money. Fingers crossed I get accepted, I could definitely use the money (and the distraction!).