" The Lemon Grove " by Helen Walsh 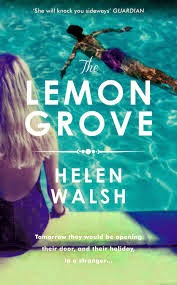 Thanks to Headline Publishing for sending me a review copy of The Lemon Grove........

This seems to be the book that everyone is talking about this summer.  The reviews are mixed and it is a classic case of you either love it, or hate it.  I refused to read any reviews until I had read the book myself, as I wanted to keep an open mind.  This means that my review is unbiased and not influenced by any publication or blog review.

Jenn and Greg return to the same villa,on Mallorca, each year for their holidays but this year things are slightly different, as their fifteen year old daughter, Emma, is bringing her seventeen year old boyfriend, Nathan.  Jenn is actually Emma's step-mother but has been her 'Mum' since she was a toddler.  A content family, they have many happy memories of their times at the villa but Jenn is tiptoeing around a hormonal teenager and all the drama that exists with a girl's coming of age.  Nathan brings extra tension to the table and Jenn finds herself looking at him through the eyes of a woman, rather that a mother.  Nathan senses her watching him and plays up on it by strutting around like a peacock.  The descriptions of him climbing out of the pool with the sun glistening on his perfectly toned abs, while Jenn watches through her darkened sunglasses, are so well written that it feels like you are watching a movie.  The heat of the summer sunshine, the scent of chlorine and the quickening of pulses practically jump off the page.  Lust is is the air, for both Jenn and Nathan and if this was a story about a man in his late thirties/early forties, gazing adoringly at a nineteen year old girl, then I'm sure the book would be very different  But Jenn is fantasizing about her daughter's boyfriend. So the narrative is more tense, secretive and sexy.  Her longing for him awakens something inside her and she becomes more aware of herself as a sexual being, rather than just a wife and mother.  Will she act on it though? Will lust win over logic? 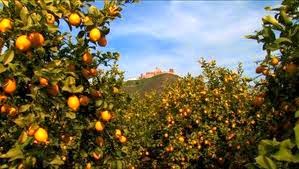 Let me just point out, that this is NOT a Fifty Shades of Grey kind of read. This, like all of Tinder Press books that I have read, is literature at its best.  I read this book in one sitting.  It's beautifully written with stunning locations and a very clever story-line.  You don't have to like the characters to understand their feelings.  The author show how an average family unit can be affected by inserting a new person into the fold.  The same can be said for friendships.  The clever part, is the the author identifying that women who are approaching midlife do not stop thinking about sex, appreciating handsome bodies or wanting to try new things.  In fact, I would think that they may need it more than men need their mid-life crisis accessories, like new cars, younger mistresses and all the stereotypical ideals.  Jenn wants to be noticed as a sexual being.  Nathan definitely notices her.  Helen Walsh brings the reader across. the ocean, to a beautiful island, inhabited by tanned, attractive tourists and locals.  She adds in the fantastic meals, lots of wine, lounging about in bikinis and glimpses of nudity.  All this builds up to a state of  sexual arousal for the characters which is going to reach it's climax, one way or another.  An intense read, full of heat, sweat and lust.  May not be for the more reserved reader, but as a piece of literature, I found it exciting and sexy, pure escapism, ideal for the summer.  Maybe hide from your fifteen year old daughter, though.

The Lemon Grove is published by Tinder Press and is available in paperback and e-book format.
Posted by bleachhouselibrary at 04:14