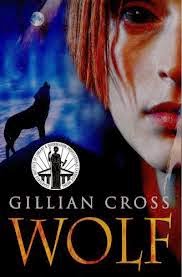 This book is about a girl called Cassy who lives in a flat with her Nan. Her Nan is the most ordinary person on earth but one day she sends Cassy to live with her Mam , claiming to be sick. Cassy’s Mam is a squatter and lives with a man called Lyall and his son Robert.

When Cassy looks through the bag of food her Nan gave her she finds a lump of yellow mouldable material like play-dough. Her Nan doesn’t have a phone so Cassie rings her next-door neighbour to ask her Nan. But her Nan does not want to speak to her. This was very strange. Nan shouldn’t have even been at home as it was her work hour. A few days later she rang her next-door neighbour again, but her neighbour said she hadn’t seen her Nan all day. This was even weirder as it was her Nan’s day off. It was then the stranger started to show up! A flitting shadow watching the house through the bushes. Cassy began to worry about her Nan.

Who was the mysterious stranger and what was the connection between him, the yellow stuff and her Nan?
This is a very good book. There are lots of twists in the story to keep you entertained. I would recommend it for people around 11-13 years as it’s quite short and not a hard read.