"The Perfect Mother" by Nina Darnton 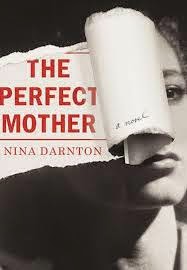 Jennifer Lewis, stay at home mother, former actress and model, and wife to successful lawyer, Mark, receives a call from her student daughter, Emma, from a police station in Spain.  She has been linked to the murder of a young Spanish man and the details are sketchy.   Jennifer swings into action and boards the first flight, to try to help her twenty year old in her hour of need.
The story Emma has told the police does not seem to make much sense and she appears to be tumbling over her own lies.  Who was the murder victim?  Why was he in Emma's flat?  Who is Paco, the mysterious older man?  Why is Emma acting so brittle to her mother?

Starting this late on Friday night, I really didn't think I would still be reading it three hours later, but I was hooked!  The story has echoes of the 'Foxy Knoxy' trial and the reader is introduced to the possibility that we never really know what our kids are up to, when out of sight.

The character of Emma, the accused student, is the most frustrating one I have read in years.  A spoilt madam who has had everything handed to her on a plate, since birth, yet still manages to be a complete bitch, enabled by her wimpish parents.  This brings me to Jennifer, the mother... From the first page, where a life changing phone call breaks the silence of the night, she is worrying about what clothes to pack in her little travel case.  She demands the best lawyers, private investigators and even gets her friend to recruit a publicity firm for damage control within the media.  All this while fixing her make up and sweeping her hair up into a chic look, for yet another dinner date with the handsome PI.   Mark is unable to  join her, as he says he needs to stay working to keep the money coming in.  Grandparents are left minding the two remaining children at home in the States and don't seem too worried about their eldest Grandchild, languishing in a Spanish Prison.  The whole thing is, frankly, bizarre.  Emma is a douche, Jennifer is a self-centered woman who has used her looks to get her own way most of her life and Mark is a stereotypical lawyer.   However, I have to admit to really enjoying this book.  Interesting narrative, desire to know what really happened that night and some clever writing techniques all made for a great read.  Spain is a magnificent country, and while it was a bit odd to find the protagonist giving tourist tips to her mother, while waiting to see if she would be charged with murder, it was a good way of setting the location.

This novel should not have worked, for many reasons. (Unlikable characters and bizarre gaps in the story being the main problems).  But it DID work.  I flew through it.  Maybe it's because the story is so similar to recent real events, maybe it's because I am a mother who thinks I know what my girls are up to and believe I have reared them with core values and a sense of justice.  Possibly it is because it is just a great page turner, not to be taken too seriously.  Just what we all need, every now and again.