Some more #IrishFictionFortnight memories and recommendations...

Following on from all the discussions, on twitter, about what were our favourite Irish reads, as young adults, here are some more #IrishFictionFortnight memories from authors and bloggers:

Patricia O'Reilly, author of The Interview, from New Island Books 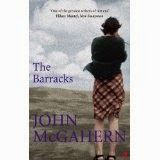 My first adult fiction by an Irish writer was John McGahren's 'TheBarracks'. We'd a particularly progressive English teacher who lovedliterature and maintained McGahren & Edna OBrien changed the face of Irishwriting.When I read 'The Barracks' I was horrified by the story, the underlyingcruelty and lack of care, but I was enchanted by the prose, the power ofthe words, the way they called to be read aloud. Over the years I've readall McGahren's works and my teenage opinion hadn't changed.


The Barracks by John McGahern - The Blurb
Elizabeth Reegan, after years of freedom - and loneliness - marries into the enclosed Irish village of her upbringing. The children are not her own; her husband is straining to break free from the servile security of the police force; and her own life, threatened by illness, seems to be losing the last vestiges of its purpose. Moving between tragedy and savage comedy, desperation and joy, John McGahern's first novel is one of haunting power. 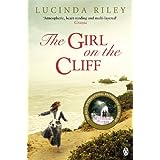 Ok so..Irish Fiction...
Among the first Irish authors I fell in love with was Lucinda Riley. oh boy, do I LOVE her & her books. 3 years ago I read 'The Girl on the Cliff', which is still one of my all time favorite books. Then I fell in love with Melissa Hill and her warm rom coms, and lately I'm obsessed with Louise Phillips and Sinead Crowley, whose latest books (Last Kiss and Can Anybody Help Me?) I literally devoured in a day.

The Girl on the Cliff by Lucinda Reilly - The Blurb
Why has a secret from 1914 caused a century of heartache?
Troubled by recent loss, Grania Ryan has returned to Ireland and the arms of her loving family. And it is here, on a cliff edge, that she first meets a young girl, Aurora, who will profoundly change her life.
Mysteriously drawn to Aurora, Grania discovers that the histories of their families are strangely and deeply entwined . .
From a bittersweet romance in wartime London to a troubled relationship in contemporary New York, from devotion to a foundling child to forgotten memories of a lost brother, the Ryans and the Lisles, past and present, have been entangled for a century. Ultimately, it will be Aurora whose intuition and remarkable spirit help break the spell and unlock the chains of the past.
Haunting, uplifting and deeply moving, Aurora's story tells of the triumph of hope over loss.

When Margaret asked me to write a few lines for #IrishFictionFortnight I initially thought of writing about some of the great Irish writers I have read and admired over the years. Authors like Roddy Doyle, Joseph O’Connor and Edna O’Brien. However the fact is Irish fiction has never been better than it is right now. For such a small country we really punch above our weight in the field of literature. Not only have we produced four Nobel Laureates we continue to produce outstanding prize winning authors every year; just look at the last two or three years alone; Donal Ryan, Eimear Mac Bride and Mary Costello. Last year for me seemed to provide one fabulous book after another all by Irish authors. I loved Liz Nugent’s Unravelling Oliver, Nuala Ni Chonchuir’s Closet of Savage Mementoes, Martina Devlin’s The House Where it Happened, Lia Mills’ Fallen and Susan Lanigan’s White Feathers.

A big thanks to these book lovers/authors for their recommendations and memories.  These are just the adult titles, there were lots of children's books mentioned, but that is a whole other #IrishFiction special (coming Spring/Summer 2015)...
Posted by bleachhouselibrary at 09:57