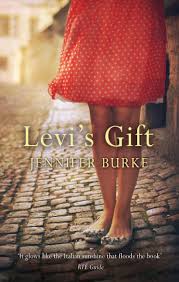 Thanks to Poolbeg, there are 3 PB copies of this title to Giveaway.  Just enter via the rafflecopter link below.  Good Luck!


A mother, a daughter and a lost grandchild.  Sometimes grief can bring people closer that they ever thought imaginable.

Jennifer Burke is a Dublin-based author and solicitor. She won Poolbeg s TV3 Write a Bestseller competition in 2013 with her debut novel, The Secret Son. Jennifer is an active member of the Irish Writer s Centre, where she regularly attends events and takes part in a monthly novel-writing group. She also writes shorter fiction.

Levi's Gift is published by Ward River Press/Poolbeg and is available in paperback and ebook format.
You can order your copy, with Free Worldwide Postage, here.
The ebook can be ordered via amazon link below:

a Rafflecopter giveaway
Posted by bleachhouselibrary at 04:56