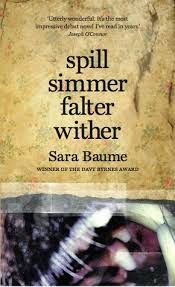 "This is my favourite novel of the decade"

Thanks to Tramp Press, there are two copies of this award-winning debut novel to be won.  Just enter via rafflecopter link below.  Good Luck!


One man and his dog.  Not an original idea, but this is no ordinary novel.
This is my favourite novel of the decade.

This debut comes from the winner of  2014 Davy Byrnes Award, so I had a sneaky suspicion that I was starting to read something special.  It took me about thirty seconds of reading to know, rather than suspect, that this was a novel to be savoured.  From the prologue, to each individual chapter (each attributed to a season) and from paragraph to line, I slowly inhaled the story and let it take over.  I was transported from a cold bedroom in Co. Louth to the rural villages of the Irish Midlands, stopping off in the odd coastal towns.  The potholed roads, the long twisting laneways, the silent main streets and the family run pubs and petrol stations.  What a change from the usual dual carriageways of our daily lives.  As I turned the pages, I was reluctant to do so.  The knowledge that I had to finish this book was something that I was ignoring, instead choosing to place my bookmark in with hesitation and delaying the inevitable.  I would place the book at arms length, glance at it, close my eyes and re-read the latest pages in my mind.  Now, I am aware that that this makes me sound slightly deranged, but those who know me can surely picture it.   Eventually, I could hold off no more.  The bookmark was removed for the last time and I faced the final pages.  I felt like I was losing a friend.  I was almost certain how the ending was going to shape up, and I was in denial.  A big deep breath and it was over.
I am still a bit bereft.

The protagonist in this tale is not named, however the mystery of his name is easily solved.  He has a diminished mental capacity which makes him the same level as a child of approximately nine years old.  The reader is left to imagine this gentle giant with an abundance of innocence and years of loneliness and isolation.  He adopts an ex-badger baiting dog, who he christens OneEye, and here begins an incomprehensible story of devotion.

Sara Baume has taken the idea of friendship to a new level, in my opinion.  The 'companionship' concept does not come close to the depth of feeling described in this novel.  A child may feel this way about a special blanket, sobbing uncontrollably when parted from it.  A recently widowed man may have a shadow of this feeling visible across his face.  A mother may feel this as she watches her son head off to war.  Such is the depth of the friendship between Ray and OneEye.  Each chapter is sprinkled with seasonal sensations and each line is written with the most sensual prose I have encountered from a contemporary author.  The mood, the tempo, the minimal dialogue and the outstanding descriptive passages made for an emotional journey, albeit on a small island with basically just one character.    I could go on to reveal more plot line and quote some of the poetic verses contained within the narrative, but I am going to leave that to the lucky person who is reading this novel for the first time.  I can never have that honour again, but will certainly enjoy my re-reads.

A massive congratulations to Sara Baume and Tramp Press.  You have raised the bar for Irish, and International, fiction...

Spill Simmer Falter Wither is published by the amazing team at Tramp Press.  The title is available in paperback and you can get your copy, with Free Worldwide Postage and 12% discount, here.

a Rafflecopter giveaway
Posted by bleachhouselibrary at 12:32