#IrishFictionFortnight - Day 8 - Interview with Maria Murphy, author of "For The Love Of Martha". 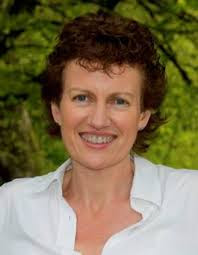 Back in the spring, a debut novel called  For the love of Martha  hit the shelves and within a week of publication, was on many a bedside table.  The cover is stunning and everyone loves a bit of historical fiction, especially when set on an Irish Country Estate.  I met the author, Maria Murphy, over coffee, and asked her how the novel came about.

“I never thought I would write Historical Fiction,” she explains.  “I always thought when I started to write fiction that it would be about love.” It was while on a writers retreat that Maria got the idea for this book. “I wrote out the whole bones of the story in a morning”.  She later finished it as a 36,000 word novella but was advised that a full length novel may sell better.  Her writing group at the time, Naas Harbour Writers, told her she should “write about Martha.  Go back and tell Martha’s story, from Martha’s point of view.”  Maria took the advice on board, started writing about Martha in the first person, got more advice from Vanessa O’Loughlin, of the Inkwell Group, and rejigged the manuscript from September to December 2012.

I asked Maria if she had anticipated all the research that would have to go into Martha’s story?  She laughed at this, “No.  When it went to the editing process there was something that wouldn’t really have happened in the 1880s and that had a knock-on effect.”  She says there wasn’t too much research involved; mostly things like what they would wear at the time, how they would travel, etc.
Maria worked on this novel for four years on a part-time basis and she says she could have given up. “I could have stopped at the novella stage” but her perseverance shows how fond she was of Martha. “I wanted the story to be read”.  She was very appreciative of all the support she received from her writing group.  “They were fantastic.  We have disbanded now (another member of the group is a fellow Poolbeg author, Margaret Scott), but they were hugely supportive.”  She  tells me that she received feedback and constructive criticism from the group, “good and well-meant criticism, people weren’t nasty or competitive.  There was tremendous honesty in the group.  Everyone wanted to give as much advice as they could.”

I was dying to know more about the moment she found out that Poolbeg were going to publish For the love of Martha.  “I had gone down to West Cork, to stay with my Cousin.  She and I were just about to go out for a walk – a blue sky November day – next thing, I had a phone call from [Poolbeg] saying ‘we would like to publish your novel’.  [They] talked for about 20 minutes and I kept thinking ‘I just want to get off the phone, I just want to jig around the room’. I put down the phone, went into my cousin, tapped her on the shoulder and I said ‘Poolbeg are going to publish my novel’.”  Maria’s face lit up as she recalled that morning. “Well, we danced and we hugged and we laughed and I cried.” How did they celebrate, I wondered?  “At 11 O’ Clock on a Monday morning, she cracked open a bottle of champagne, we sat out in her front garden, looking over the sea, laughing.  It was just such a wonderful moment.”  That is a memory sure to linger for a long, long, time in Maria’s mind.

After chatting more about Martha, summer plans and Lake Garda (where some of this novel is set),  I finished by asking Maria what we can expect from her next?  With a little smile, she said “There is a new novel to be sent in by November, also set in the 1880s.”  Although Historical Fiction was not her intended genre, it seems Maria Murphy has found her niche.

For the love of Martha is available in paperback and ebook format.  You can read my review of the novel here

You can order your copy, with Free Worldwide Postage,here  while the ebook can be ordered via amazon link below: