'A Question Of Betrayal' by Zoe Miller. Author feature and Giveaway. I am delighted to be hosting a spot on the blog tour for Zoe Miller's A Question of Betrayal.  There is a copy of the paperback edition of this title up for grabs, so just enter via rafflecopter link below.  Good Luck!

A Question of Betrayal: Ever since the deaths of her adored parents, Carrie Cassidy has avoided risk and commitment, fearful of bringing something precious into her life only to lose it again. So now she finds herself working in yet another uninteresting job, and the love of her life, who wanted more than she could give, has left her. Will she ever move on?
Then, a mysterious woman visits Carrie and reveals a secret that forces her to delve into her mother's past. As Carrie learns more about the woman she thought she knew, she finds herself looking at her own life and wondering if she's living it the way her mother would have wanted her to. Meanwhile there is someone watching Carrie who would rather the past stay buried . . .

When writers need to put the right words together…

Carrie Cassidy wasn’t looking for love when she met Mark at her cousin Fiona’s wedding. She’d known the joyful day would be difficult, as it was so at odds with the way her life had come to a full stop, and watching her radiant cousin glide up the aisle on her proud father’s arm reminded her sadly that her beloved father was no longer around and would never escort Carrie up the aisle.  It was no wonder she glugged too much champagne and kept seeing him every time she turned around – the tall, skinny groomsman with the messy black hair and sexy eyes. She caught him watching her from across the room like a heat seeking missile, and knew he was also catching her watching him. Later, Mark took her hand and whirled her out onto the dance floor under the colourful strobe lighting. They danced as if they’d known each other forever, and it was the start of their heady, whirlwind romance.

Mark was the lover who shored up all the corners of Carrie’s life with his presence, his jokes and friendship, and most of all his love. He had adventures planned for both of them that would take a lifetime to complete, but his wonderful plans ground to a halt when Carrie refused to get on a plane, even for a short trip to Paris. After all, her beloved parents died in a plane crash. Mark tried a different tactic. He texted her little messages and put them on post-it notes, placing them around the house for Carrie to read, affirming messages that said:
Carrie is sitting in the departure lounge, looking forward to her flight
Carrie feels good as she walks up the steps to the plane…
Carrie is calm and relaxed boarding the plane…

It was Henry Ford who famously said words to the effect that whether we think we can or think we can’t, we’re right. If we consider that something is impossible, well then, for us it is impossible. If I told myself it was impossible to write two thousand words a day, chances are I’d never achieve that word count. Whereas if I not only told myself the opposite, but planned to do that, there would be a far greater likelihood that I’d largely succeed. In the constant chatter going on at the back of our heads, the messages we send ourselves are all-important and can mean the difference between getting things done or not at all. In most professions and walks of life, persistence and self-belief are key ingredients in achieving any kind of success, but they are crucial in the business of writing. Writers work alone for long periods at a time, and unlike being in an office with supportive colleagues sitting a few feet away, ready with an encouraging smile or helpful comment if you’re having a bad day, writers have to rely mainly on themselves to get on with it, and that’s where self-belief and positive, affirming messages are so important. At a writing workshop years ago I was told that while it was difficult to get published, it wasn’t impossible. Those words stayed with me, inspiring me and keeping my fingers moving across the laptop keys. We put words together to create all sorts of magical and mysterious worlds, why shouldn’t we put the right words together to encourage ourselves onwards and upwards?

As to whether Mark finally persuaded Carrie to board the plane with his boosting messages, the answer in in the book! 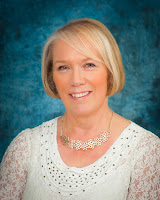 Zoë Miller writes contemporary fiction laced with intrigue and drama. She is published by Hachette Books Ireland and her latest book, A Question of Betrayal, is now out in paperback. When Zoë’s not escaping into her writing world, she juggles her time between her family and the day job. Find out more at www.zoemillerauthor.com, Facebook/zoemillerauthor, or follow Zoë on Twitter @zoemillerauthor.

A Question of Betrayal is published by Hachette Ireland and is available in paperback and ebook format.  You can order your copy, with Free Worldwide Postage, here.  The ebook can be ordered via amazon link below:

a Rafflecopter giveaway
Posted by bleachhouselibrary at 01:06