Blog Tour and Giveaway - "The Judge's Wife" by Ann O'Loughlin. 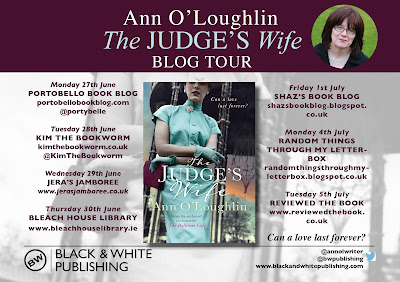 I am delighted to bring you an exclusive piece, from Ann O' Loughlin, on my stop of the Blog Tour for her latest novel The Judge's Wife.  I also have a a copy of the book, as well as a copy of her debut novel, The Ballroom Cafe, to giveaway to one lucky reader. To be in with a chance of winning this great prize, just enter via rafflecopter link below.  Good Luck! 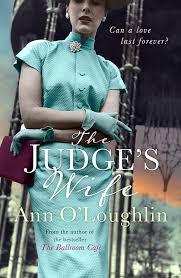 The Judge's Wife by Ann O'Loughlin

Can a love last forever?

When Emma returns to Dublin to put her estranged father’s affairs in order, she begins to piece together the story of his life and that of Grace, the mother she never knew. She knows her father as the judge – as stern and distant at home as he was in the courtroom. But as she goes through his personal effects, Emma begins to find clues about her mother that shock her profoundly.
A tale of enduring love and scandal that begins in 1950s Dublin and unravels across decades and continents, digging up long-buried family secrets along the way, The Judge’s Wife asks whether love really can last forever.

Grace Moran in The Judge’s Wife loved to wear Sybil Connolly day dresses, suits and elegant ballgowns.
Dublin designer Sybil Connolly designed the most beautiful clothes. She  reworked traditional Irish fabrics and styles – including peasant blouses, flannel petticoats and shawls – to give them contemporary appeal and glamour. Perhaps her most distinctive contribution to fashion was pleated handkerchief linen – as worn by Jackie Kennedy in the official White House portrait – it took up to nine yards of Irish linen handkerchiefs to create one yard of the uncrushable pleated fabric that pioneered.

This is an extract where Grace’s daughter, Emma in her father’s house in Parnell Square, Dublin comes across boxes and boxes of clothes belonging to the mother she never knew. In one special shop box is a beautiful Sybil Connolly dress wrapped in tissue paper.

The Judge's Wife is published by Black and White Publishing and is available in PB and ebook format.

a Rafflecopter giveaway
Posted by bleachhouselibrary at 23:22