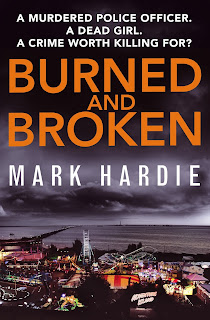 The charred body of an enigmatic policeman – currently the subject of an internal investigation – is found in the burnt-out shell of his car on the Southend sea front.

Meanwhile, a vulnerable young woman, fresh out of the care system, is trying to discover the truth behind the sudden death of her best friend.

As DS Frank Pearson and DC Catherine Russell from the Essex Police Major Investigation Team are brought in to solve the mystery of their colleague's death, dark, dangerous secrets begin to surface. Can they solve both cases, before it's too late?


Mark Hardie's stylish and gripping debut introduces a brilliant new detective duo to the world of crime fiction, weaving together two suspenseful stories that end in a breath-taking finale.

'An accomplished debut' The Sunday Times 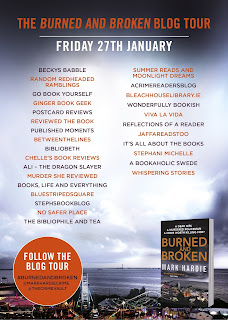 A new police procedural series is always exciting. The reader gets to know the characters from the get-go and follow them on their journey through the world of murder, investigation and discovery. Their individual personalities come alive and the reader can form a bond, book by book.  This is the first in the DS Pearson and DC Russell series, from Mark Hardie, and the protagonists are based in Essex. Investigating the murder of a fellow police officer, who was the victim of an arson attack, it leads them to question their colleagues private life and his work ethic.  Alongside this narrative is the troubled teen, Donna, who is mourning the death of her friend, Alicia. Both girls were just out of the care system and had bonded through their difficult experiences. She does not believe her death was an accident and is searching for answers.

The novel is broken up in to past and present, with alternating voices. Some of the time frames are blended into the one chapter, which demands a little more concentration than an average crime thriller. The story moves at a steady pace and there are nuggets of personal information relating to the characters dotted throughout. DS Pearson comes to life fairly quickly, with DC Russell taking a bit longer. Their partnership is in the early development stage and the chemistry is a work in progress. The pathology scenes are immaculate and are eerily compelling.  Donna and her side-kick, Malcolm, are two teens that you would recognise from any small town or big city. Both are victims of circumstance and unsure of their futures.

Pearson and Russell are a new duo on the crime fiction scene, and I look forward to seeing their personalities and partnership develop over the series. This would make a fantastic TV drama, with the Essex Police Major Investigation Team becoming a weekly favourite. Let the casting begin...

Mark lives with his wife Debbie in Southend-on-Sea.


Burned and Broken is published by Sphere and is available in ebook format, with PB release on 4th May 2017. You can order your copy via amazon link below: