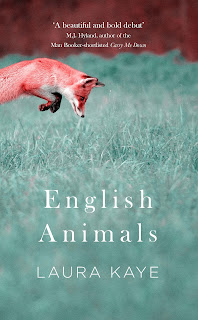 Thanks to the publishers, I have two copies of English Animals to giveaway. To be in with a chance of winning one, just enter via rafflecopter link below. Good Luck!

A funny, subversive and poignant debut novel from an exciting new writer, perfect for fans of Cold Comfort Farm,
I Capture the Castle and Nina Stibbe.

I took off my belt and moved between the seats to look. We were at the top of a big hill. Below were squares and diamonds of green and brown fields all the way to the sunset. Then I saw the house. It was more perfect than the one I had been dreaming about. A red cube in the middle of the land, like someone threw a dice. I could not believe that I was going to live there. 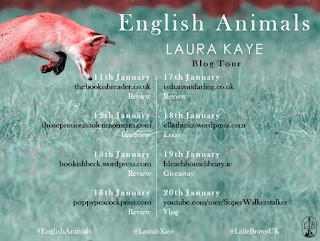 When Mirka gets a job in a country house in rural England, she has no idea of the struggle she faces to make sense of a very English couple, and a way of life that is entirely alien to her. Richard and Sophie are chaotic, drunken, frequently outrageous but also warm, generous and kind to Mirka, despite their argumentative and turbulent marriage.

Mirka is swiftly commandeered by Richard for his latest money-making enterprise, taxidermy, and soon surpasses him in skill. After a traumatic break two years ago with her family in Slovakia, Mirka finds to her surprise that she is happy at Fairmont Hall. But when she tells Sophie that she is gay, everything she values is put in danger and she must learn the hard way what she really believes in.

My Thoughts on English Animals

This is an absolutely stunning literary debut that hooked me from page one, as Mirka approaches her new life in England. Landing in the midst of a strange environment, with an eccentric English couple she finds herself surrounded by tension, temptation and Taxidermy. The prose is both delicate and insightful as the author has chosen a protagonist who does not speak English as her first language. Sophie and Richard manage to make Mirka feel welcome yet an outsider; helpful but surplus to requirement and  yet she blends in like a piece of their quirky furniture. Creaky floorboards, dripping taps and rusty taps are balanced out with diverse personalities and a sense of claustrophobia. The art of taxidermy is Mirka's escape from the craziness and yet Sophie is a constant drug, flowing through her veins.
This is a debut that deserves a lot of attention. Sublime storytelling from a new literary voice. Highly recommended. 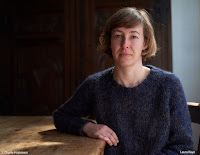 Laura Kaye is a graduate of Goldsmith's Creative Writing MA and did a further year of study under the mentorship of MJ Hyland at the University of Manchester. When she isn't writing, Laura works on music and arts documentaries for the BBC including Flamenco: Gypsy Soul, Krautrock: The Rebirth of Germany and Songs of the South.  She lives in Hackney. English Animals is her debut novel.
www.laura-f-c-kaye.com

a Rafflecopter giveaway
Posted by bleachhouselibrary at 09:32