Book Giveaway - 'The Truth Will Out' by Brian Cleary.

A new name in Irish Fiction, Brian Cleary has kindly offered two giveaway copies of his debut thriller, The Truth Will Out.  To be in with a chance of winning a copy, just enter via rafflecopter link below.  Good Luck! 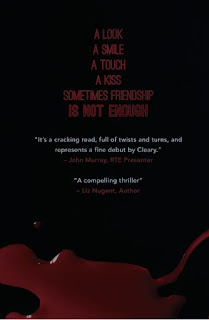 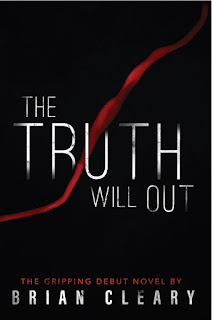 The novel is set in Ireland. The friendship of Jamie, Shane and Mary Kate is tested to the limit after Mary Kate is brutally raped and lies in a coma. The evidence against Jamie is overwhelming and is compounded by the fact he maintains he cannot recall what happened that night. However, the one secret that Jamie has never disclosed can prove his innocence.

Corrupt guards, a narcissistic film director and his mercenary private detective, an ex-girlfriend, a serial killer and an inept solicitor all weave a complicated compelling plot with twists and turns right to the end. A gripping read. 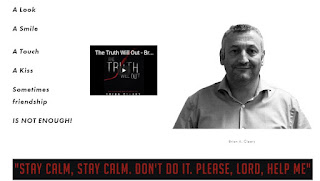 Brian Cleary was born in 1966 in Dublin, Ireland where he lives with his wife, two kids and two dogs.

Brian began writing this novel in the 1980's but only got so far and didn't re-visit it until 20 years later. In 2007 he started again but, this time, fate was to intervene. He had written the first chapter on the computer and, unknown to him, his then seven year old daughter showed it to the babysitter, Brian's mother Maureen!

She was impressed and encouraged him to finally complete the story. Nine years later, here we are!


The Truth Will Out is available in Easons nationwide and via amazon link below:

a Rafflecopter giveaway
Posted by bleachhouselibrary at 09:56