What an honour to be hosting a stop on the blogtour for Cecelia Ahern's latest YA novel, Perfect. On this stop, there is a fantastic Q&A session with the author. We are huge fans of Cecelia's books, here at Bleach House Library. You can read my review of Flawed HERE and thirteen-year-old, Mia, has reviewed Perfect for this tour. 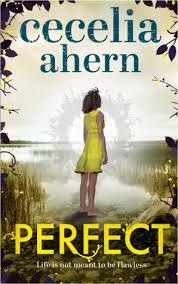 PERFECT is the thrilling, shocking and romantic sequel to Cecelia Ahern’s bestselling YA debut FLAWED.

When we embrace all our flaws, that’s when we can finally become PERFECT… Celestine North lives in a society that demands perfection. After she was branded Flawed by a morality court, Celestine's life has completely fractured – all her freedoms gone. Since Judge Crevan has declared her the number one threat to the public, she has been a ghost, on the run with the complicated, powerfully attractive Carrick, the only person she can trust. But Celestine has a secret – one that could bring the entire Flawed system crumbling to the ground. Judge Crevan is gaining the upper hand, and time is running out for Celestine. With tensions building, Celestine must make a choice: save only herself, or risk her life to save all the Flawed. And, most important of all, can she prove that to be human in itself is to be Flawed…?. 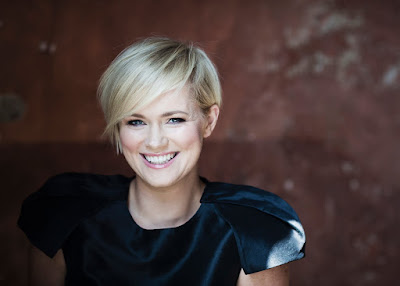 What made you decide to write a YA series?

I didn’t have a specific plan to write a YA series but when I came up with the idea for Flawed and Perfect, I knew I wanted to tell the story from the perspective of a 17 year old. I felt that was the best way to tell the story because although we’re constantly learning about ourselves throughout our life, teenage years are the years when you first really start to question authority and society, and start figuring out how you really feel about things, instead of what you’re being told to feel. I wanted to take Celestine from being that logical, obedient girl who thinks in black and white and turn her into somebody who questions, who doubts, who finds her own voice. She suddenly realizes she has to follow her own instincts, and her heart. We do this at different stages of her life when life throws us dilemmas but I wanted this to be the first big lesson in my character’s life, and also a voice and character that could teach society a thing or two.

Celestine and Carrick both rebel against a restrictive regime and are severely punished for it. Do you think our young adults should use their voices more, or less, in this age of ‘Fake News’?

I always encourage using your own voice. Celestine is not an obvious leader, she doesn’t realize her own strengths, she is not a leader because she wants to be but because she naturally makes the right choices. She brings compassion and logic to a society that has lost its humanity and I don’t think that shouting the loudest is necessarily what makes people be heard, it’s the strength of the character with quiet confidence that can truly gain a following. It’s not about shouting, it’s about leading by example, it’s about action, your own behavior, who you can influence in a positive way.

Do you find yourself noticing the restrictions of society more, since writing this series?

This story was inspired by my feelings on society so no I’m noticing it even more than before. I was inspired to write this by my belief that we live in a very judgemental society, one quick to point the finger at those who are different, who make life decisions that are frowned upon. I felt that we have a society that publicly shames, it’s almost like a sport at times, and it’s a form of entertainment for the media. It frustrated me to the point that I had to write this novel. We already label people, but this time I wanted to see what it would be like physically labeling people, branding them with an F. I’ve always felt strongly about inequality, so I suppose this was my way of condensing all my feelings on the issue and explaining it in a way that I knew how.
Of course as I was writing I realized that I was writing about everything in our history; the Flawed rules mimic the anti-Jewish decrees in World War 2, Celestine’s moment on the bus that leads her to be Flawed was inspired by the Rosa Parks event on the bus during the civil rights movement. Children born to Flawed parents are taken away from them and raised in state institutions and of course in Ireland children of unmarried mothers were taken from them. Aboriginal children in Australia were removed from their parents by the government in order to dilute the gene pool. We have tortured each other because of race, sex and religion in the past, we still do now, I wanted to explore this inhumane behaviour to punishing people for the moral and ethical decisions they make. 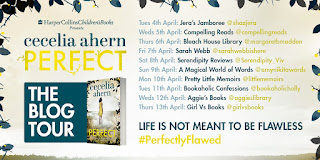 How important is it to have a male protagonist alongside a strong female one?

Are there any parts of you within the character of Celestine?

I certainly wasn’t the girl that Celestine begins out as, I was probably more like her sister Juniper, who was quieter, had one close friend at school, she just can’t wait to get through it so that her life can begin. She is more of an outsider, cynical of society and questions everything around her, something Celestine learns later.  However, despite Juniper quietly grumbling about the things that bother her, Celestine is the one that takes action. I think writing this book is my version of Celestine’s action.

This is the amazing new YA novel from Cecelia Ahern. It is the follow-up to Flawed and it catches up with Celestine North, the most flawed person in the history of the Guild. Celestine is on the run from Judge Bosco Crevan and his Whistleblowers and she just wants one thing: to find her fellow inmate, Carrick Vane. Celestine believes that Carrick has vital footage of Crevan lashing out at her and she wants to use this to bring him, and hopefully the entire Guild, down. 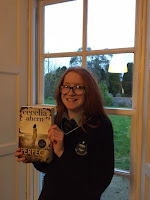 Celestine makes new friends in more Guild evaders; Mona, Lennox, Fergus and Lorcan. While the group are going about as normal (as evaders do), Whistleblowers find their hideout and this squad is led by Celestine's ex, Art Crevan, son of the deluded Judge. Art claims to still be on Celestine's side but she is not so sure. Now she must choose between Carrick and Art. Who will she choose? Will she get the footage of Crevan before he gains control of the entire country?

Awestruck - That is how these two books left me. Flawed was the first book to almost bring me to tears and Perfect was not far off it either. And I am not the kind to cry at books or movies. (I did not even cry when a certain house-elf came to a tragic end in Harry Potter and the Deathly Hallows). With beautiful language, dramatic scenes and characters you will miss when you finish the book. I would rate Perfect 5*.
Recommended for ages 12 +.

Perfect is published is published by Harper Collins and is available in Hardback and ebook format. Published today, it is in all good bookshops or you can order your copy via amazon link below: