Keep You Safe by Melissa Hill. Review and Giveaway. 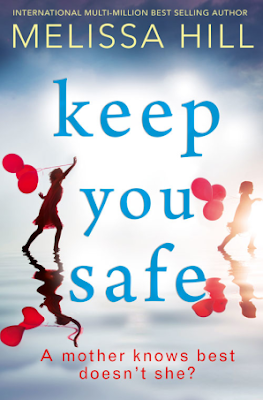 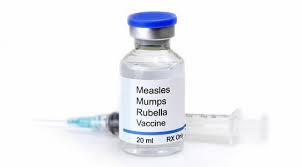 As the HPV vaccination debate heats up in Ireland, there is a very timely new release from Irish author, Melissa Hill. Every parent has their own views on vaccines and no matter which side of the debate you are on, this is a novel that will drag you in to its story and may even introduce doubts that you never had. The MMR vaccine has saved million of lives and introduced the concept of herd immunity. But what happens when your child is not vaccinated and then contracts measles? Hill explores this idea in Keep You Safe, and it is a page-turning experience.


I have five copies of this book, in a hat trick of giveaways: Two copies here on the blog (just leave a comment below); Two copies on twitter @margaretbmadden (see pinned tweet) and a copy over on the facebook page of Bleach House Library, (see pinned post). The giveaways end on 1st October and are open INT. Good Luck!

Kate's five-year-old daughter Rosie could not be vaccinated because of an intolerance to the gelatine used in live vaccines. Her classmate Clara was not vaccinated either - her mother Madeleine chose not to, fearful of its side-effects. Neither women anticipated the outcome of their decision, and Melissa Hill's new novel examines how both their worlds are turned upside down when their children are hit by the measles virus.

It is not against the law to refuse the childhood vaccination programme in Ireland, and Madeleine and her husband Tom genuinely believe they are protecting their daughter by refusing it: "They'd been hugely uncomfortable about the vaccine's link to autism, and while the original research paper suggesting the connection had long been discredited, it was very difficult to ignore the multitude of real-life anecdotal experiences that were so prevalent". On the other hand, nurse Kate, who thoroughly researched her decision, would gladly have vaccinated Rosie were it not for her allergy. While she is now widowed, her husband had approved her decision: "We had no choice but to opt Rosie out of the standard childhood vaccination programme and hope against hope that herd immunity would prevail".

Kate finds herself in a terrifying situation when Rosie is hospitalised. Meanwhile, Clara recovers from her illness but parenting blogger Madeleine is feeling the pressure in another way: "The public loved to express an opinion - never more so than on the internet - and right now, the full force of those primarily negative opinions was heading directly her way". The two women find themselves embroiled in a legal battle which seeks to assign blame. The media are having a field day with sympathy leaning toward Kate and Rosie while Madeleine and Tom are not being afforded the same respect: "It wasn't just her and Tom's decision on vaccination that was on trial here - it was their parenting".

Kate is homely, medically trained and dealing with the long-term effects of her daughter's illness; Madeleine - wealthy and media-savvy, is judged more for her personality than for her decision. Told from both mothers' perspectives, Keep You Safe is both astute and divisive and Hill (pictured left) has addressed the vaccine debate in a fictional tale of fear, judgement and choice. A topical, timely read.


Keep You Safe is published by HQ and is available in HB, TPB and ebook format. You can order your copy, with Free Worldwide Postage, HERE. The ebook can be ordered via amazon link below: