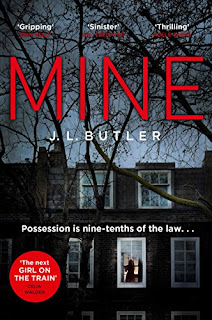 Francine is applying for Queen’s Counsel and is determined to prove her worth: “’How many state-school-educated QCs are there…How many women, Northerners, ethnic minorities … The very top end of our profession is still full with white upper-middle, Oxbridge men…’” Then she meets Martin Joy. Seeking a divorce, he sweeps in to Francine’s office and the attraction is instant. A chance encounter in Selfridge’s sees Francine being wooed by the handsome millionaire: “He pushed his shirtsleeves up and I noticed what good forearms he had: strong and tanned with a light trail of hair across the top.” Within hours, the lawyer is “in love” and seems to have repressed all her legal training. She has also forgotten the small detail of her bipolar pills: “I had missed taking my medication last night and this morning, and I knew I would soon feel a comedown, or panic or derailment, but for now, my mind was consumed by him and all felt well.”

Francine is loving the wining and dining, the Aston Martin and lavish properties: “we were the beautiful people, sophisticated and urbane.” What could go wrong? A missing wife, that’s what. Donna fails to appear in court and questions are asked. Martin suggests she has probably jetted off “for a detox” and will return to Chelsea “tanned, ten pounds lighter.” Briefly, Francine considers the alternative: “I’d heard about Missing White Woman Syndrome before … Donna Joy wasn’t just blonde, white and beautiful. She was estranged from her millionaire hedge fund banker husband.” The plot becomes gloopier when Francine ‘remembers’ following her client; seeing him with Donna on the night she disappeared.

Mine attempts to be on-trend and ripe for TV adaptation; full of hedonistic-lifestyles of the self-entitled. However, it also ticks every cliché box: mental health, alcohol, handsome/wealthy man causing brain fog, sexual assault (not reported), amazingly-patient female friend and forgiving boss. The writing can be beautifully descriptive when detailing the high-end streets of London, but the concept of a high-flying lawyer is rather spoiled by many clangers. While undergoing therapy (of which one ten-minute session seems to do the trick), Francine is asked if she has heard of the term dissociation. “She shakes her head”. Really?  Like a Harold Robbins novel from the 80s - sexy and bizarre - but the women of today deserve more than the suggestion that Martin “had the most muscular and tanned forearms that were the very definition of manliness.”

Mine is published by Harper Collins and is available in Hardback and ebook format.