Book Giveaway - The Nanny at Number 43 by Nicola Cassidy.

It is with great delight that I break my own blog-tour rules and hop on this one, for the wonderful new novel from Nicola Cassidy. The Nanny at Number 43 is officially launched into the world today and I have the honour of hosting a Q&A session with the author, in Waterstones, Drogheda, later this evening. Feel free to drop in and say 'Hi', from 6.30pm. But, as we are on the East Coast of Ireland and you may be in sunnier climes, I have a signed copy to giveaway to one lucky reader. Just enter via the rafflecopter link at the end of the page. Open INT and closes 26th July. Good Luck! 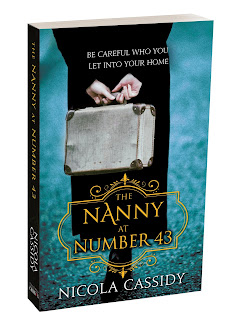 Wanted, a respectable woman to care for a motherless child.

When William D. Thomas’s wife dies in childbirth, he places an advertisement in his local newspaper seeking a nanny for his newborn child.

He is thankful when an experienced nanny arrives at 43 Laurence Street and takes over from his frazzled housekeeper Mrs McHugh.

Mrs McHugh confides in her bedridden friend Betty, who has a bird’s-eye view of all the happenings on Laurence Street, that the Nanny is not all she seems. Betty begins her own investigation into the mysterious woman.

When the bodies of twin babies are discovered buried in a back garden, by a family who have moved from their tenement home into a country cottage, a police investigation begins.

But it is Betty who holds the key to discovering who the Nanny really is … and the reason she came to 43 Laurence Street. 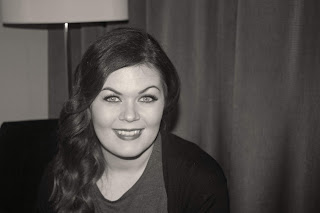 Nicola Cassidy is a writer and blogger from Co. Louth, Ireland. She started her writing career early, entering short story competitions as a child and became an avid reader. Encouraged by her English teachers, she chose to study journalism at Dublin City University and while working in political PR and marketing, studied a series of advanced creative writing courses at the Irish Writers’ Centre.

Later she set up a lifestyle and literary blog LadyNicci.com, which was shortlisted in the Ireland Blog Awards in 2015 and 2016 and finalist in 2017 and 2018. She signed with Trace Literary Agency in 2016. December Girl is Nicola’s debut historical fiction novel and is set in the mystical and ancient Boyne Valley, Co. Meath, famed for its stone age passage tombs. Elements of the story are inspired by true events. Her second novel The Nanny at Number 43 is published by Poolbeg Press. She lives with her husband and two young daughters in Termonfeckin, Co. Louth. Follow her at ladynicci.com, on Twitter @ladynicci or facebook.com/ladynicciblog.

The Nanny at Number 43 is published by Poolbeg Crimson and is available in Paperback and ebook format. You can order your copy online HERE or pick up in any good bookshop. Remember, we would love you to join us at the official launch, in Waterstones, Drogheda, at 6.30pm, July 11th! 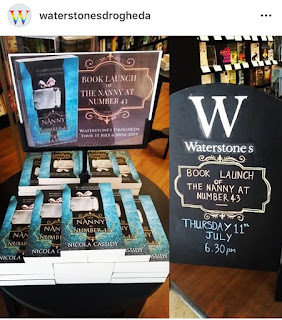 Enter the giveaway raffle to win a signed copy of The Nanny at Number 43...